Everything you need to know about the National Minimum Wage increase

The National Minimum Wage increase will come into force on 1st April 2022, is your business prepared for the change?

The prospect of having a few extra quid in the pocket will come as welcome news for millions of low-paid workers, who are struggling to make ends meet during the current cost of living crisis. However, the financial burden will fall upon small businesses across the UK.

That’s why it is important for business owners to calculate how the National Minimum Wage increase will impact their cash flow and profitability.

To help you, the experts at The Smart Accountants have compiled these key facts…

What is the National Minimum Wage?

The idea was one of the bold policies announced in the Labour Party manifesto ahead of the 1997 general election. There were two aims: to stamp out extremely low-paid employment and to raise the living standards of workers.

Following the election of Prime Minister Tony Blair, the National Minimum Wage Act was passed in Parliament in 1998, with the minimum wage being introduced across the UK in April 1999. The rate was £3.60 an hour for workers aged 22 and over and £3 an hour for those between 18 and 21.

How much is the current minimum wage?

Since its introduction, the National Minimum Wage has been expanded to include several other bands. The rates until 31st March 2022 are as follows:

The age threshold for the National Living Wage was lowered from 25 to 23 in April 2021. The threshold will be further reduced to 21 by 2024.

How much is the National Minimum Wage increase?

Here is a table that sets out the current and new rates:

How did the Government calculate the increase?

The Low Pay Commission’s recommendations set the minimum wage back on track to reach the Government’s target of two-thirds of median earnings by 2024. The proposals were accepted in full by the Government.

Bryan Sanderson, Low Pay Commission Chair, said: “The rates we recommended will put money in the pockets of care-workers, food distributors and many other groups of the lowest-paid members of our society up and down the UK. Many of them have made a vital contribution during the last few difficult months.

“The impact on communities is considerable. Blackpool, for example, will benefit by at least £6.1 million from pay increases to its low-paid workers.

“The pandemic has been an exceptionally difficulty period for businesses and workers alike, but the labour market has recovered strongly and the economy is expected to continue to grow over the next year. This is attributable in no small part to comprehensive Government support.”

The Commission recommended significant rises in National Minimum Wage rates for younger workers. For example, the 21-22-year-old rate will increase to £9.18, meaning this age group is on course to receive the full National Living Wage by 2024.

The rates for 18-20 and 16-17 year olds have increased in line with underlying wage growth, protecting earnings for young workers while recognising their higher risk of unemployment. The minimum wage for apprentices brings them in line with 16-17 year olds.

Are there any deductions or exemptions?

The Accommodation Offset is an allowable deduction from wages for accommodation, applicable for each day of the week. In April 2022 it will increase to £8.70 per day.

There is an exemption that states that domestic workers do not need to be paid the minimum wage if they live with their employer and are treated as a member of the family. This rule was introduced to facilitate au pair placements, but there have been concerns that it has led to the exploitation of migrant domestic workers. Following a review, the Commission has recommended the removal of the exemption from 1st April, 2022.

Do you need help?

If you have any queries regarding how the National Minimum Wage increase will affect your business, you can contact our friendly experts on 0845 606 9632 or email team@thesmartaccountants.co.uk. 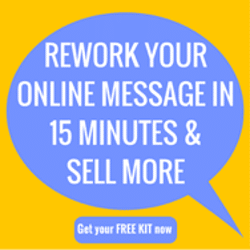 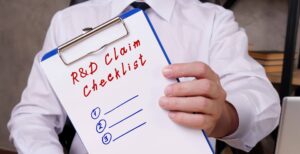 Why are there delays? Many R&D advisers have noted HMRC’s current delay in processing R&D claims. HMRC has concerns that…

If you want your company to succeed, you need clear targets — which is why we are diving into non-financial… 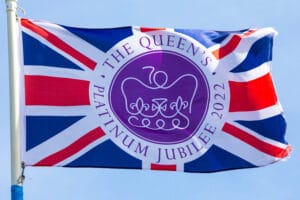 Businesses must plan for the Platinum Jubilee bank holiday

People across the land are buying paper plates and bunting ahead of the Queen’s Platinum Jubilee bank holiday, but is… 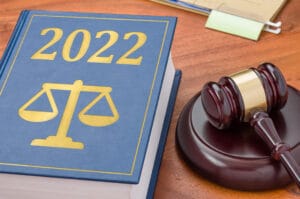